The old sewing machine my grandmother passed me down I consider one of those focal points that make the difference in every home decoration. A 114 year-old tool, used by my great grandmother to fix clothes that were supposed to last decades, is now a statement piece of ornament for my office, sitting on an Authentic Models Campaign Modular System among vintage globes and watches from the same manufacturer.

As for this old sewing machine, the electric fan my mother inherited from my grandma is put in one of the corners of my desk, an Authentic Models travel desk, and believe me that this two spots make my studio an enviable workplace. It doesn’t matter wherever you put this machine or the vintage fan, they will always add that something special and original to your living space that your friends would not hesitate to ask where they come from. It is always a pleasure for me to have an interesting conversation about the history of these two, and they sometimes help me in starting a new one though! That’s what old stuff is supposed to do then, to encourage investigation!

I hope you are as curious as my friends are, dear readers, because today – exactly like I did in June with my old sewing machine - I would love to talk about my 82 years-old electric fan.

"Lighting was often the first use of electricity in homes, and until around 1910 light sockets provided the only access to this power. Thus early appliances like this fan were made with connectors compatible with various manufacturers' light sockets" Early fan powered from a light socket, Electricity & Modern Physics Collection, National Museum of American History, Smithsonian Institution, 1910

My "Ercole Marelli" electric fan,belonged to my great grandmother and was bought in 1935. Even though she just took it for the functional side of it, I guess she did not enjoyed this fan only for its purpose of moving some hot air during the warmest summer days. I like to think about she used it as a true piece of decoration. A stubborn cast iron base with aluminium blades, a Futuristic inspired design which survived through the time, managing the fight against its material deterioration threat - and that I proudly love to expose after 82 years!

The company which manufactured this electric fan is called “Ercole Marelli”, one of the most flourishing European engineering industry during both 2nd and 3rd Industrial Revolutions and that saw the very moment of its triumph during the days of the so-called Italian “economic miracle”.

“Ercole Marelli” was founded 126 years ago by Mr Ercole Marelli, son of an craftsman and a housewife. When he was 15 he started working as an apprentice at a mechanical workshop. He gained a lot of experience in the field of electromechanics in South America and when he came back to Italy during his 20s he founded a small company of electrical appliances in 1891 in the city center of Milan. With the help of a worker, they manufactured equipment and physical geodesy, batteries, accumulators and electromedical appliances.

In 1896 he began to specialize in the production of AC motors, small electric motors, centrifugal pumps and transformers. First electrically powered fans from the United States arrived in Europe the same year. Ercole Marelli, who knew the potential of this market, engaged himself in the production of a fan that could combine both aesthetic and functionality. A decorative item easily adaptable to different needs and circumstances, built to last and aesthetically pleasing too. 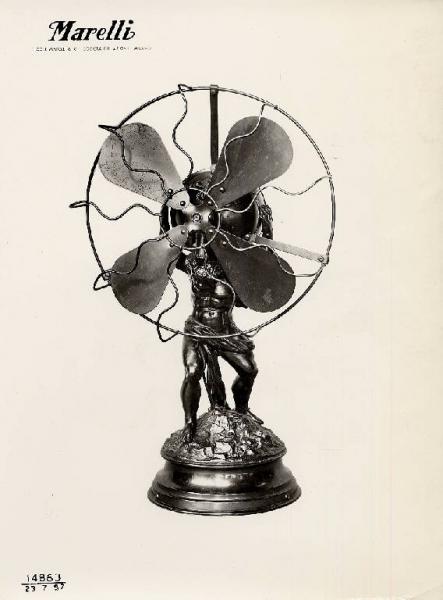 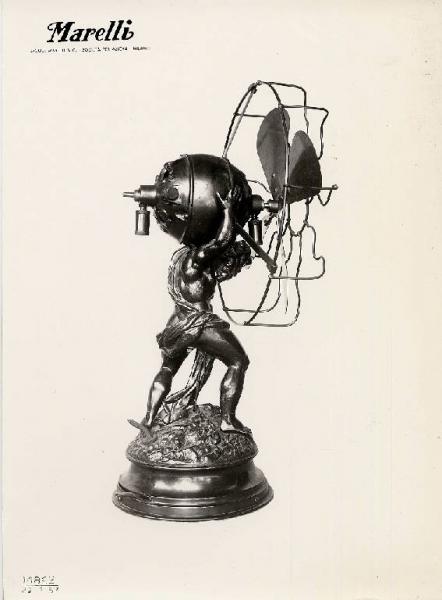 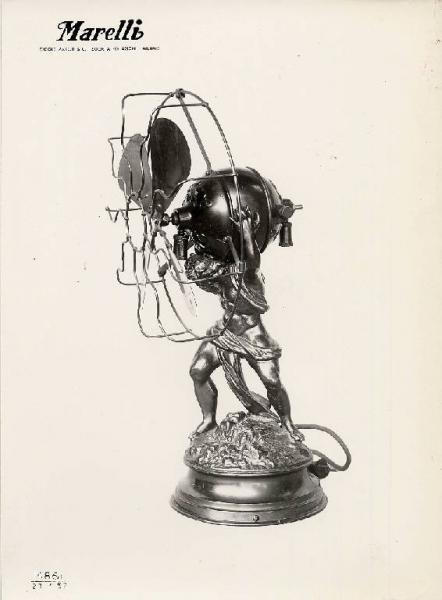 In 1902 its products were already sold in many European countries, meeting 80% of fans demand in whole South America.

The company expanded with the opening of the Sesto San Giovanni plant (Milan's periphery) and in 1915 "Ercole Marelli" was one of the first Italian companies to experiment in the production of ignition magnets for outbreak engines. 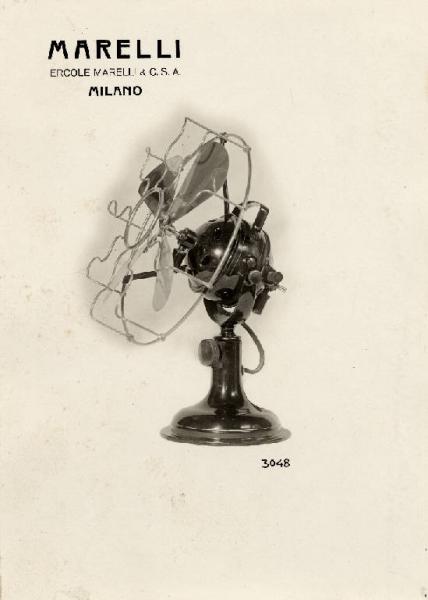 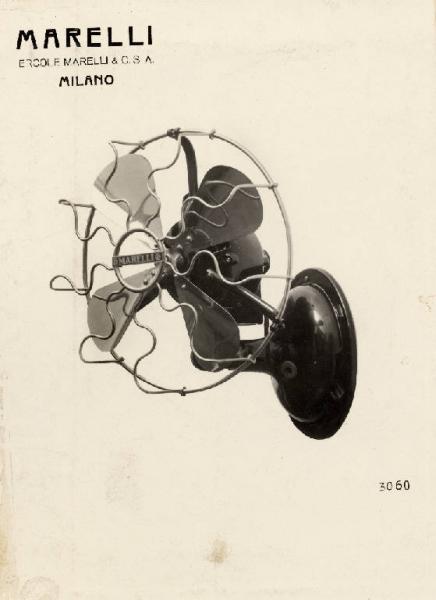 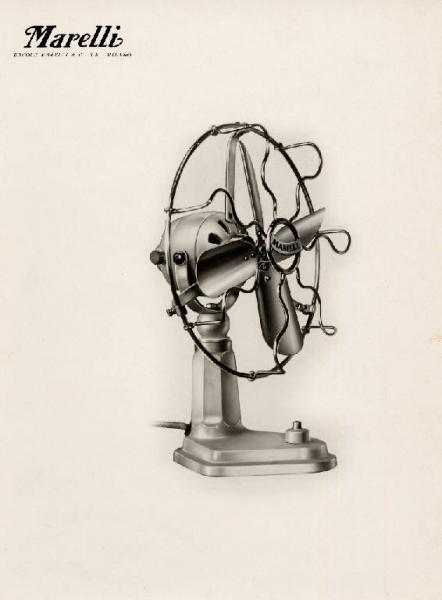 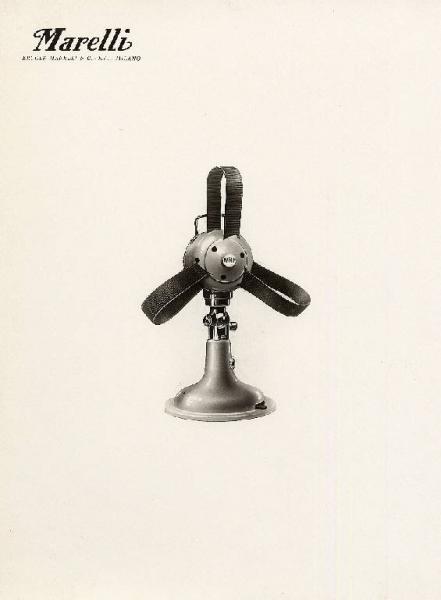 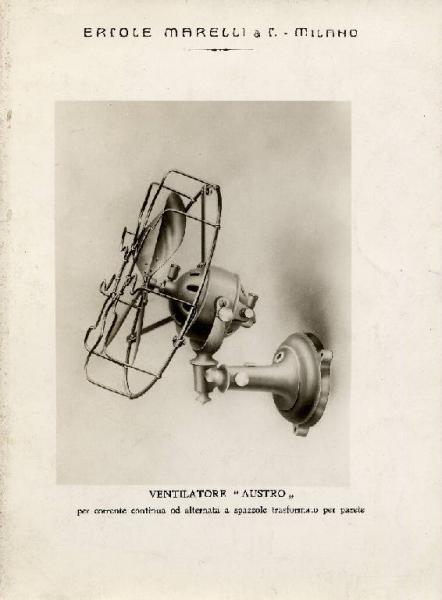 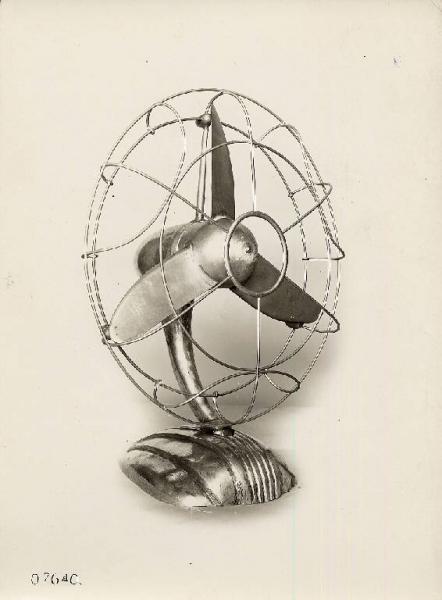 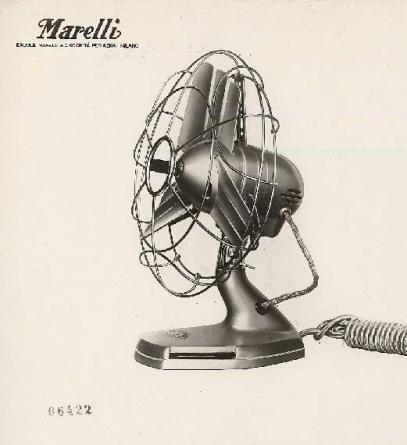 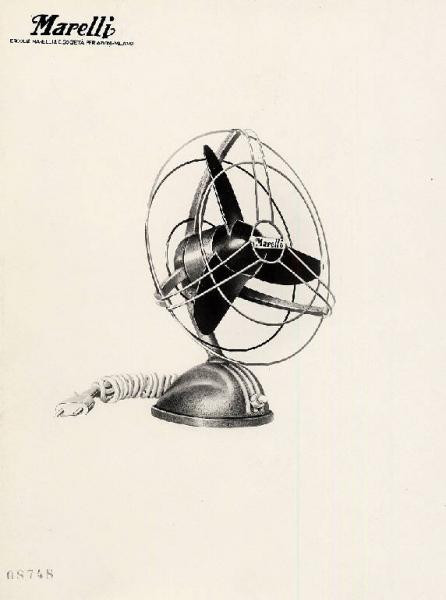 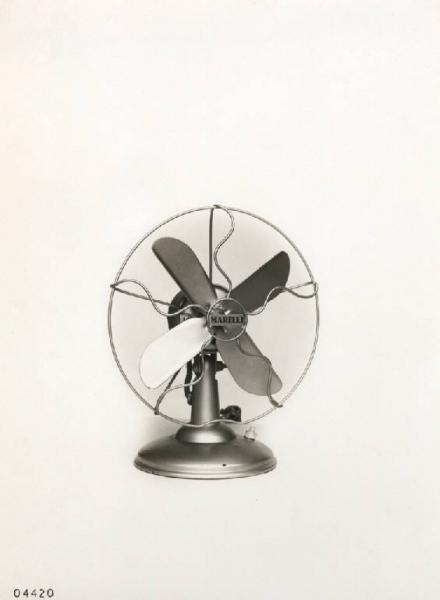 From 1950s until 1960s, productivity in western countries increased and so did sales and wages causing a rising demand on new massive consumer goods such as radio, TV, refrigerators, cars etc.. “Ercole Marelli” found itself in the middle of the so-called economic boom, a.k.a. Italian economic miracle. Production grew like never before and in this context, the company launched new products that gained considerable success and in a few years it became one of the world's leading companies in their field. 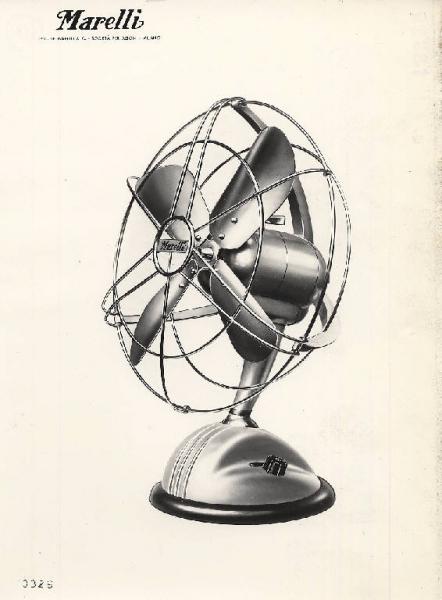 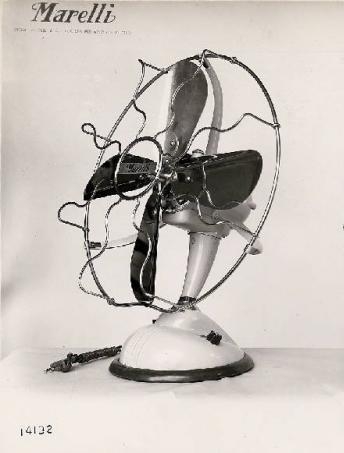 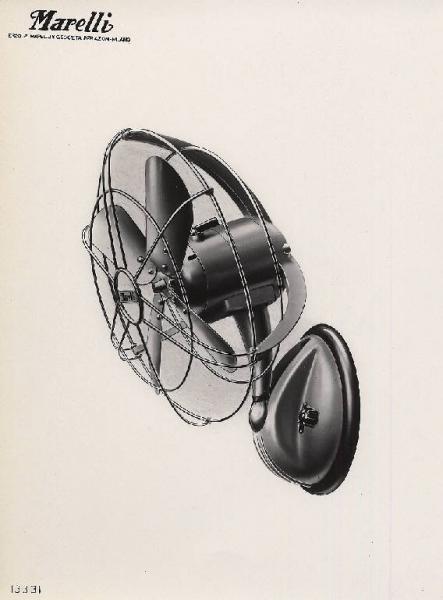 During the sixties, Ercole Marelli exported high-powered locomotives for the Chilean Railways and diesel-electric trains for the Argentine railways, reaching its highest employment rate with 7100 employees. Its products, considered technologically advanced for the time, were present in many mass transportation projects all over the world.

However, due to the drop in prices in the electromechanical sector during late 1970s, the company was put into liquidation in 1981 and later acquired by Firema.

A great company stands out for the quality of its manufacture; one does not necessarily need to investigate about the quality of work-life balance of its workforce too. Many of us totally ignore the fact a good company - producing fine, high quality products - is often populated by happy workers and that in order to make this possible, it is essential for a company to facilitate the right balance between work hours and private life of its people.

Ercole Marelli group will always be remembered for its outstanding electric fans - which touch of aesthetic turned them into a desirable object of decoration – as well as countless of manufactured goods in the field of electro mechanics. However, it will be also remembered for its fair welfare policy. The owner, Ercole Marelli, built homes near the company for workers and employees creating real neighbourhoods. Furthermore, he promoted many after work competitive activities, aiming to build up team spirit and cohesion. As an example, there were plenty of team sports to pick from, like football, cycling, motorcycling, mountaineering, rowing, athletics, basketball and more. Ercole Marelli is one of the very first companies in the world to have promoted women’s sports associations during its times (this is also valid for nowadays honestly! How many companies do you know having their own women’s football team?).

It was said he used to treat his workers like his own brothers or children and for this reason, many years after his dead, he was remembered by employees as “The Dad of the Marelly big family”.

Electric Ceiling-Fan registered by Ercole Marelli in the United States on March the 23rd 1908 (patent n. US1000183 A)

Induction-Motor registered by Ercole Marelli in the United States on February the 19th 1909 (patent n. US1002718 A)

Portable Generator registered in the UK by Ercole Marelli on Dicember the 9th 1932 (patent n. GB 421861)

Dreaming of a new "Golden Age"