Scent of time: The House of Guerlain

“Through knowledge of the secrets of makeup gives you the power to alter your appearance in a most surprising way. If you study your type carefully, admitting defects while recognising the opportunities for beautifying, you will soon be rewarded with a complete transformation.”

Some time ago, I decided myself to finally buy on Amazon an acid free box to store and protect my vintage curiosities, old magazines and newspapers. These small treasures I have inherited from my grand-mother who, in turn, had been passed from her mother. The importance of keeping them in safe place, far from dust, heat, light and humidity that could cause weathering is a recent affair for me. I did not give so much importance to the value of these vintage objects and ephemerals until I turned 30 and found myself interested in antiques. If my grandma’s preoccupation was that of storing her vintage collection in order to hand it down to me one day, making the stuff surviving to atmospheric factors that could destress them (for almost 90 years!) it is my own responsibility now to invest the same time and take the same care she did to preserve them in good condition.

The little black and gold box I am holding in my hand did not ring any bell in my mind some years ago, probably because I did not look at it so close like I am doing now to observe its intricate details. I remember I was 17 when my grandma showed it to me for the first time. She tried to tell me a sort of story related to this black box but her efforts to catch a little of my attention were in vain. As a teenager, my only preoccupation was to get out and buy Spice Girls new album before it got sold out.

This is my great grandmother Shalimar “Tea Rose” lose powder pot by French company Guerlain. It was a present her cousin bought to her coming back from Paris in 1930s. She was so fond of it (my grandma told me) that she barely used it, that’s why some of the original content is still there! In fact, if you smell it, you can still get the soft notes of that alluring old-times powdery perfume. This gets me mesmerized every time I smell this and a vivid image of my great grandmother comes in to my mind: an image of her sitting in front of her mirror’s vanity desk applying her coat of powder on the face, surrounded by a dusty perfumed cloud. The pure incarnation of femininity!

It was in the late 1920s that make-up actually started to go mainstream. Before that time it was just actresses, dancers and prostitutes who cared about not to leave the house without any powder and lipstick on their face. Nice girls did not wear any make up (or "paint" like they used to call it) and preferred to keep their face skin looking like porcelain dolls.

It was thanks to the silver screen and the silent movies stars that horde of young women had begun huddling to beauty stands of departments stores. They wanted to look like Clara Bow they watched at the cinema the night before, to enhance their natural beauty with lipstick, blush and of course powder, a lot of powder!

After the 1920, the industry of cosmetics literally exploded to cover the growing demand of make up.

So, thanks to the flappers and the enchanting flawless appearance of silent movie stars thousands of women realized they needed a “facial” at a “beauty salon” the night of their first appointment. A new need was created and beauty industry, which ride the wave opening 18,000 beauty parlours just in America, started rubbing their hands.

Pioneers of cosmetic such as Helena Rubinstein, Elizabeth Arden and Guerlain worked with chemists to make some of the first liquid rouge, eye shadows and lip sticks. They were just few dozen in 1920 but as the decade progressed the quality improved and so did the number of products on the market: 450 by 1924 and 1300 different brands in 1929. Make up industry filled their coffers with 52 million of dollars in just a decade.

"Through knowledge of the secrets of makeup gives you the power to alter your appearance in a most surprising way. If you study your type carefully, admitting defects while recognising the opportunities for beautifying, you will soon be rewarded with a complete transformation."

The House of Guerlain

“A perfume is like a piece of clothing, a message, a way of presenting oneself … a costume … that differs according to the woman who wears it. “

There is something fascinating in perfumes that I cannot describe. Every scent is made to adapt to every different personality and background. I’ve been entranced by fragrances since I was a small child. I remember I would sniff my mom’s various scents she still keeps in the bathroom. And what about the alluring bottles? All those fancy little glass containers I have always had a weakness for but was not allowed to try. No way to avoid that, when I grew up, I would collect 30 ml bottles of perfumes, not just for the beauty of the bottles but for the mesmerising scents and the sensations they would transfer on me. Coco Chanel said that a woman without perfume is a woman with no future. That is partly true for me, as I feel my outfit is not 100% complete without my favourite scent that I wear for a specific occasion.

"Perfume is the key to our memories. “

When I think about the brand Guerlain I immediately associate this company with the image of 1920s glamourous perfume bottles like Shalimar, Mitsouko or Vol de Nuit. But the house of Guerlain was founded well far before, in 1828, by Pierre-François-Pascal Guerlain who opened his first shop in Rue de Rivoli, Paris. It was a small business where he created custom perfumes for the most important personalities of the time, such as the Queen of Belgium, Queen Victoria of the United Kingdom, Queen Isabella II, Empress Eugenie, wife of Napoleon III, and other royalty. He soon was rewarded by the patent of “Royal Supplier” thanks to “Eau de Cologne Impériale” Guerlain made in 1853.

Over time the company has been passed down to 4 generations of Guerlain but it was with the parfumer Jacques (the founder’s nephew) that the company created some of the most famous classics of the house, which are still held in high esteem in the modern perfume industry. Many of his perfumes are still sold and marketed today.

Among Jacques Guerlain's most important creations are: 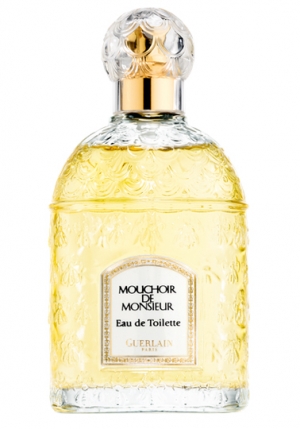 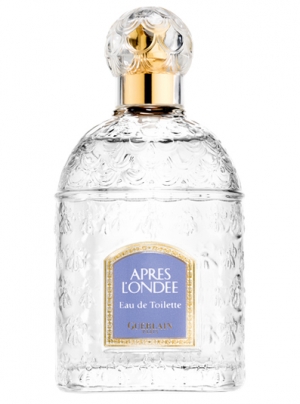 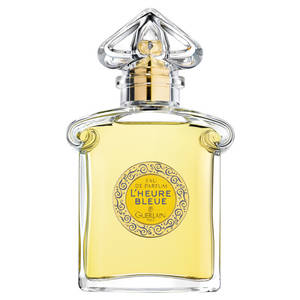 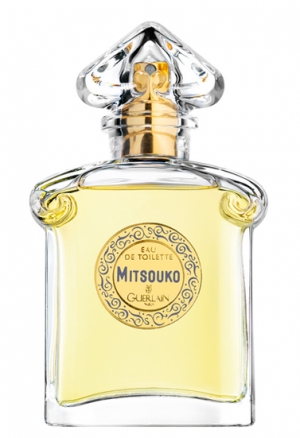 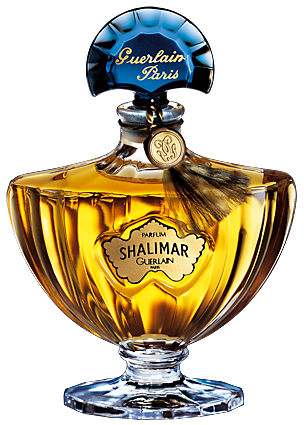 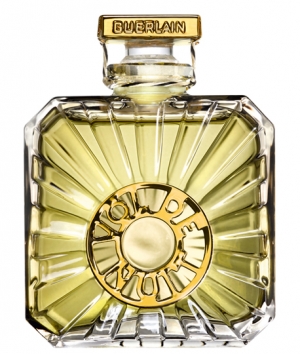 Shalimar: a declaration of eternal love

More than 300 perfumes have been created since Jean-François Guerlain opened up his activity as a perfume maker but Shalimar still remains Guerlain’s flagship fragrance and the first popping into the conversation when one talks about the company range of products. A true icon and a veritable essence of femininity. I do appreciate things that have a story to tell and when it comes to evoking passionate love stories from the past that becomes more intriguing than ever. The fragrance was created in 1921 by Jacques Guerlain who worked on night and day to make a "small revolution": the first pure oriental fragrance.

Shalimar, which means "temple of love" in Sanskrit, symbolises the promise of eternal love forevermore.  Jacques Guerlain was inspired by the passionate love story between Emperor Shah Jahan and the Indian princess, Mumtaz Mahal, the woman for whom the Taj Mahal was built. The love of the Emperor for Mumtaz Mahal was so great that he built her the Garden of Shalimar in Lahore, Pakistan (and indeed, the Taj Mahal). He created the fragrance of desire. “With its smouldering and slightly impertinent character, the star oriental fragrance in perfumery embodies skin-caressing sensuality with a hint of the forbidden.” (Guerlain).

The Art Déco fan-shaped bottle was designed by Raymond Guerlain and the Cristallerie Baccarat and it won first prize at the Paris Decorative Arts Exhibition in 1925. It is was said that the designer’s aim was to imitate the water fountain, with the striations resembling the waterfalls in the Shalimar's gardens, whilst the stopper was inspired by a piece of silver that belonged to a member of the Guerlain family.

Talking about the fragrance, I cannot actually describe it by words because everyone can have different feelings towards a scent and what attracts a person can repulse another. It depends on one’s personal tastes. However, I can just say for sure this is oriental, but a gourmand, voluptuous, sensual and spellbinding one. A mysterious aphrodisiac perfume with a breeze of freshness that makes it less dramatic. The scent is enveloping and rich thanks to the powdery notes of iris, jasmine and rose and the warmth of tonka bean.

This is a real Lady’s fragrance and when I smell it, I get hypnotized and brought back to the Roaring Twenties, sit in front of my vanity desk getting ready for a nigh out at the Speakeasy Club.

My great grandmother’s “La Poudre C'est Moi”, scented with Shalimar, was from 1930s but it debuted in 1925, the same year of Guerlain’s Shalimar. The smell is soft but after almost 90 years it is still present! Whilst the fragrance is still produced to delight women today and it is considered like the most oriental scent of its category, the Shalimar powder has been discontinued. It was relaunched 10 years ago as a limited edition, though there is no comparison between the vintage box with that of year 2006.

In general, I cannot compare today’s make-up plastic packaging with glamorous arabesque old ones. The vintage ones were often made of metal silver or gold plated and could be refilled. The top of the metal case was carved with floral motifs by skilled artisans. They were little treasures and built to last! A perfect example of pure bliss from bygone days.

Dreaming of a new "Golden Age"